I’m a sucker for photographs of the cosmos. Every time I stumble across a cache of photos of, say, the Horsehead Nebula, it snaps me back to that twelve year-old kid who began to contemplate just exactly how large everything “out there” really was, and who suddenly realized that much of what he had been told about reality was, well, less than accurate. 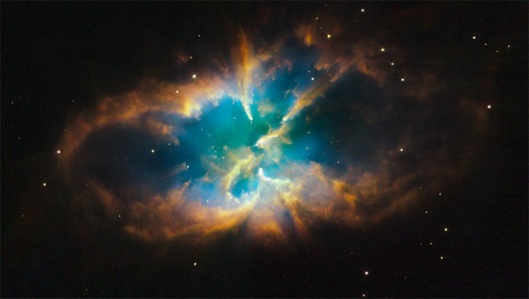 Passing on this link to several great photo galleries, including one where I found the above photo of a nebula within a cluster, taken by the Hubble telescope.

This site uses Akismet to reduce spam. Learn how your comment data is processed.